What I Learned from Getting Back on the Surfboard 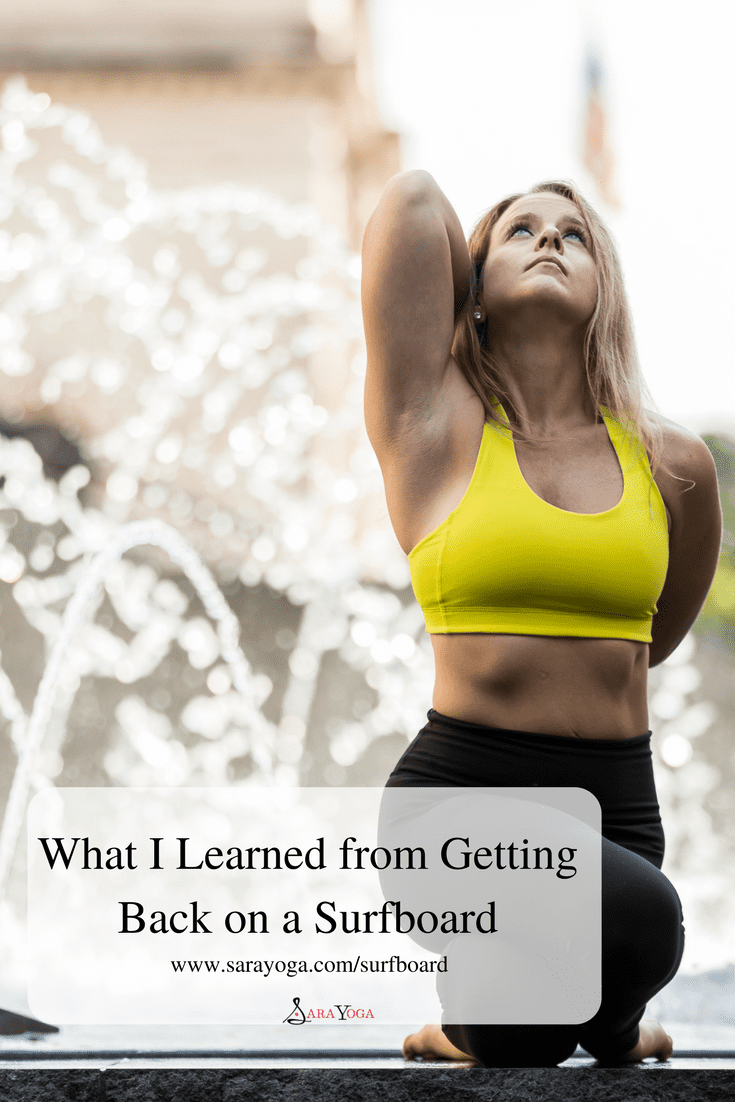 This summer I went surfing. For the first time in eight years.

After spending so long away, I was terrified. I’d made every excuse not to go back in the water;

It was too cold,

Too rough,
I didn’t want to go alone.

I booked some lessons and then didn’t show up to them. I was the annoying student who always has an excuse as to why they can’t do the lesson today. Then when I did finally show up, I was asking a million questions, and getting them to check I was doing everything right.

They were so patient with me and helped me slowly conquer my fear.

What I Learned from Getting Back on a Sufboard

After surfing a tiny wave, I felt invincible. 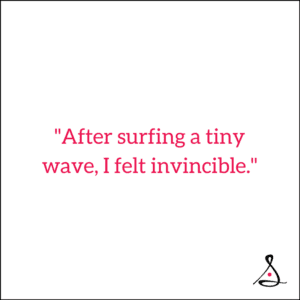 Even though it was only 2 foot high, I felt like I’d climbed Mount Everest. The release from getting over that fear that I’d been carrying for nearly a decade was obvious.

The next day I was really exhausted; I developed a stomach bug and just standing was hard work. Even my husband, who is not as woo-woo as me with energy, said that it looked like the fear leaving my body.

By doing something that exhilarated me I triggered a huge energetic shift and felt amazing once I’d got over the initial tiredness. My practice flowed better and I’ve kept up the surfing too.

The most important thing I learnt from re-learning to surf is how to be a better teacher. 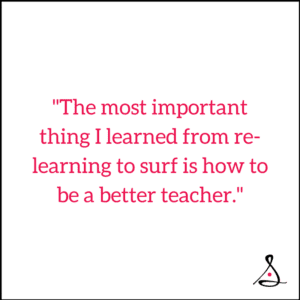 I feel like a can relate to students better now as I understand the fear that is holding them back. While yoga isn’t as dangerous as surfing, I see now that many of my students feel scared that they won’t be good enough.

Now I know that they need me to help them feel more comfortable on their yoga mat, and take those first baby steps to overcoming their fears.

Anyone who says they don’t feel fear is a liar. 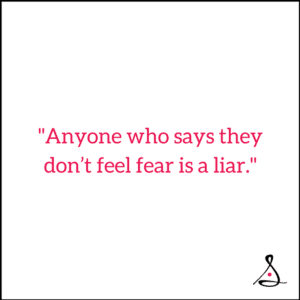 It’s a huge motivator and triggers a lot of the same body mechanisms as excitement. By twisting our perception of fear and making it into excitement, we can use that fear to give us confidence and motivation.

This is why it’s so important to challenge ourselves and do things that take us outside of our comfort zone.

You need to try that yoga pose that is a bit too hard, then you’ll dig deeper, you’ll try and you’ll fail but ultimately you’ll learn more about yourself and grow mentally and physically.

When we step out of our little box, we have to give ourselves some self-acceptance.

I had to give myself a pep-talk on the way to the beach and accept that I would wipe out, accept that the teacher would yell at me for not doing it right, and that I would try new skills and be terrible at them.

I learnt this summer that there is no such thing as failure if you use it as a step on your path to growth.

So today I encourage you to take on that part of your yoga practice that scares you.

Push yourself a bit harder.
Try a new pose.

Even if you only get halfway and you totally suck, it doesn’t matter as you’ve taken that first step and you’ve made some growth already by just trying!

What’s been intimidating you lately?
What actions are you going to do even though they scare you?

Let me know in the comments what you are doing to consciously choose to up-level your life, I want to know what it shifting for you as a result of taking that little risk.

Get my 7 Quick Tips!