Satya is the concept of honesty or truthfulness in the Yoga Sutras of Patanjali. 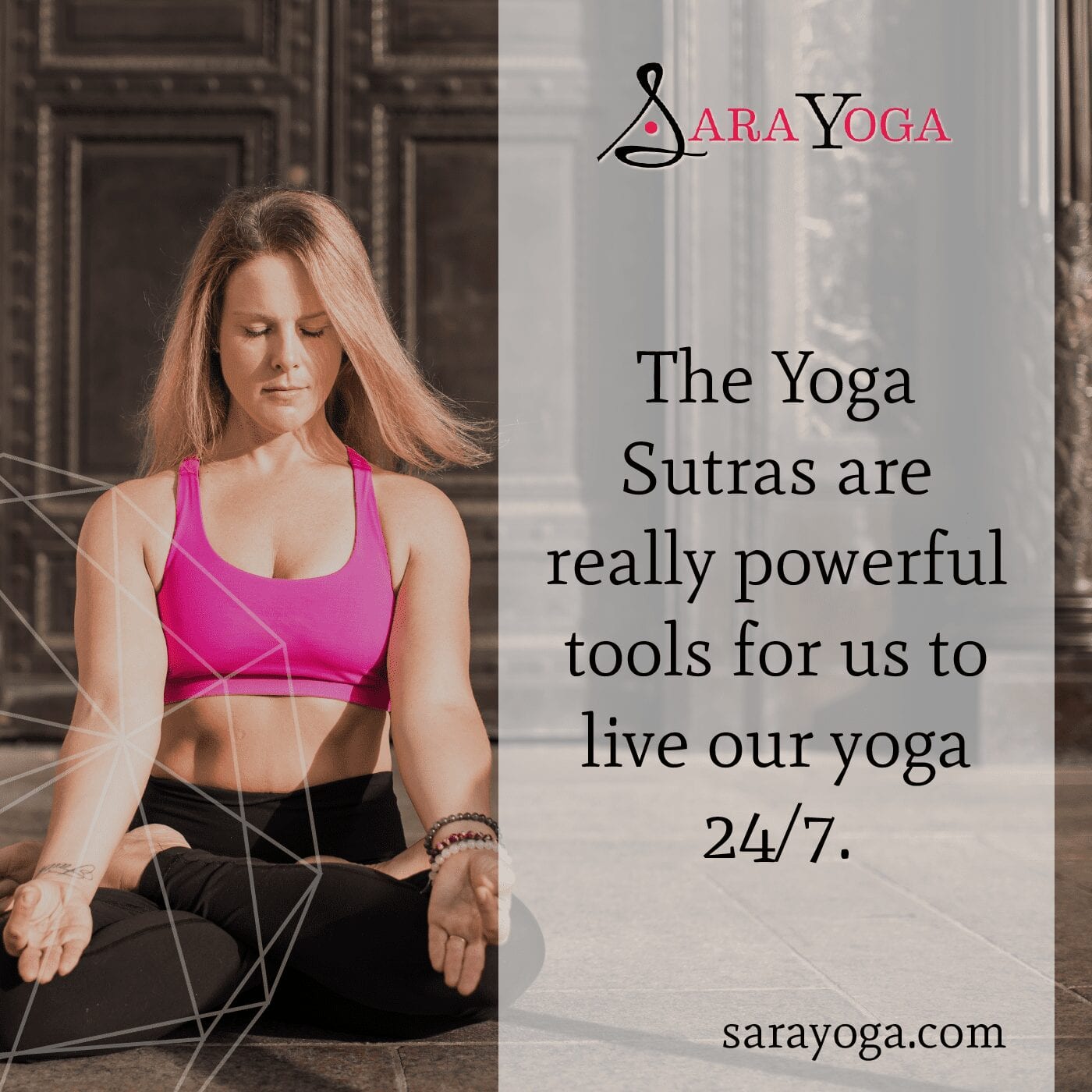 Satya is part of Yamas, the first of eight limbs of yoga which are moral and ethical practices that we use to govern our interactions with others.

The Yoga Sutras are powerful tools for us to live our yoga 24/7. This is not just a book that you read at the book club and then put away. It’s a manual for life.

With Satya, truthfulness and honesty comes across at first as being quite straightforward.

Tell the truth and don’t lie.

That sounds pretty obvious, but it’s more than that. Ideally we practice the concept of Satya, and all of the Yamas, in thought, speech and action.

We say truthful things, but our actions are also in alignment with our truth. Obviously when it comes to the Yamas, these moral and ethical observances, there’s not just black and white. There’s a gradient that goes along so we look to make an improvement every single day in some way rather than just practice these in an all or nothing mentality. So Satya, being truthful and being honest with ourselves, starts with just telling the truth, not lying.

But it goes deeper than that.

It doesn’t do us much good if we’re being truthful in a way which is hurtful towards others.

Tell the truth, but be mindful of how you tell it. 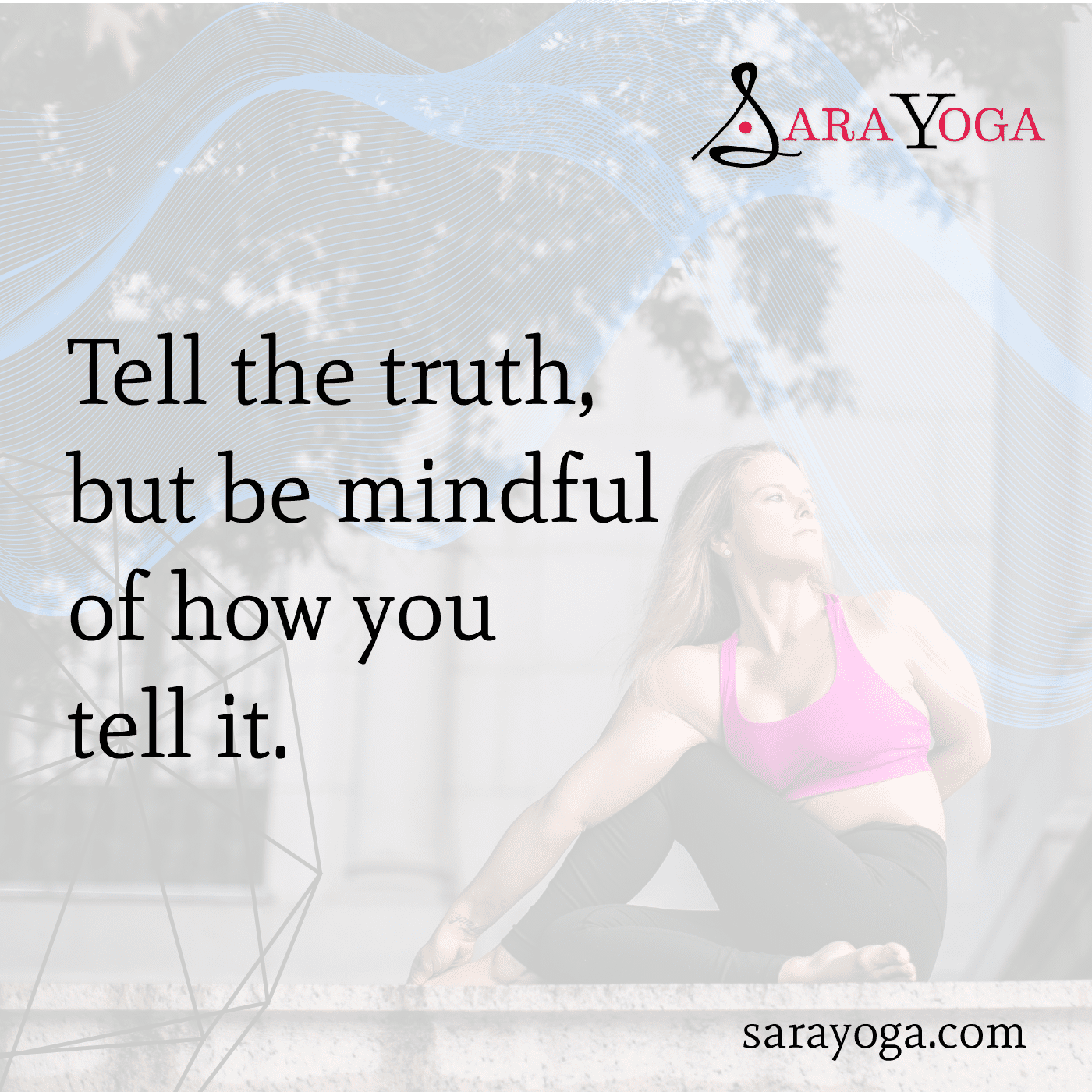 Your timing could be crucial because you want to tell the truth in a way which the listener can receive it, in a way which your message can be absorbed and understood by the person listening.

This is a vital point because if you’re just spewing your truth to make yourself feel better, you’re not actually taking into account how you’re choices are affecting other people.

We want to make sure that we’re speaking our truth, but doing so with gentleness. Before you speak your truth to somebody, take a moment to really get in a state of clarity and think of how they might react.

Think of the day they’ve had. 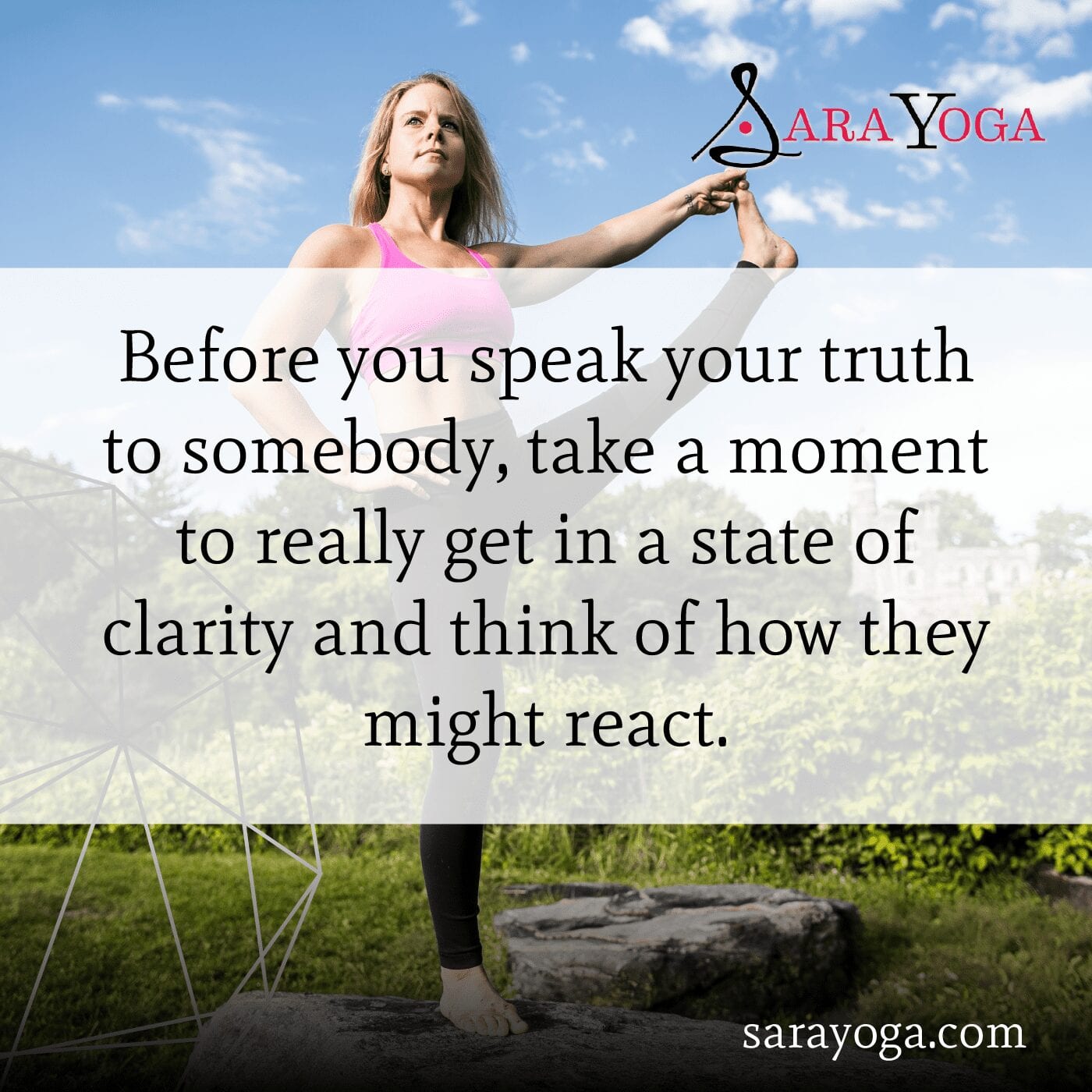 Think of your word choice and how they might perceive that. Put some due diligence into delivering your message with gentleness and understanding as much as possible.

That’s one way practicing truthfulness can be very powerful for us when we’re not on our mats at all.

This is the real work of yoga. 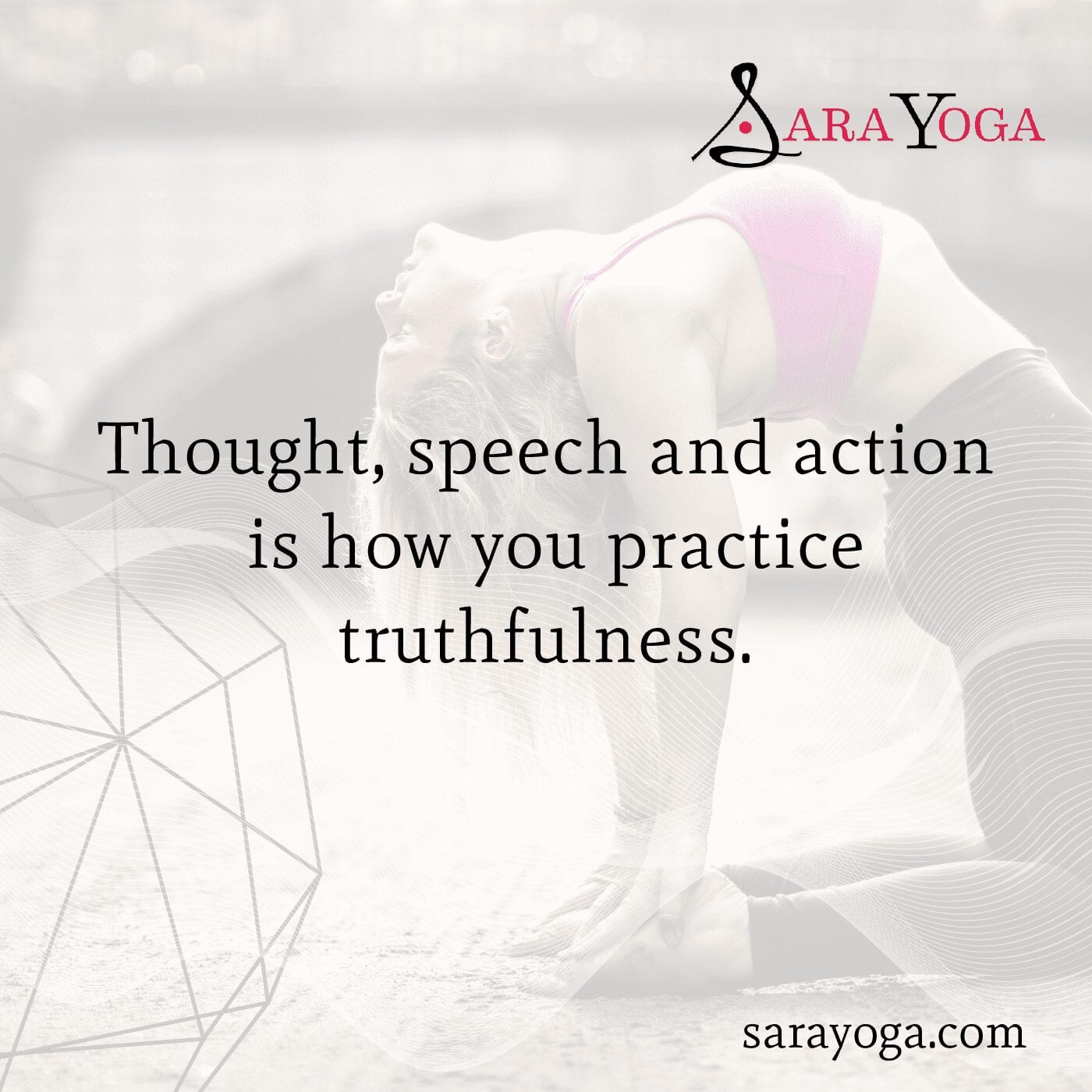 We also want to make sure we’re living our truth. You need to practice what you preach.

Are you walking a path which feels authentic to you? Or are you going through the motions because you’re trying to please others or because you are doing what you think you’re supposed to do?

Thought, speech and action is how you practice truthfulness. They all go together. They’re all equally important.

So think about how you are practicing truth in your life. How are you encouraging others to lead from a place of honesty and clarity?

Not just in lying or not, but in genuinely living your truth.

Have a beautiful day.